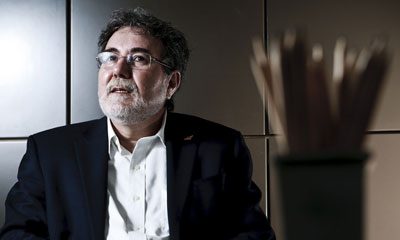 Carlos Americo Pacheco’s vision is not limited to his vast CV, that ranges from titles to leadership positions. For the current dean of ITA (Technological Institute of Aeronautics), there’s no question to whether innovation should make it to Brazil’s economic policy agenda.  Check below some of what he had to say to Open Innovation Newsletter.

There was an important public discussion about innovation in the past decade, but the public instruments related to grant-in-aid and applied research were weak. The Innovation Law brought an implicit cooperation proposal, but there was some difficulty in obtaining resources since we were still structuring the revenue of sectorial funds that had not yet proved their potential. We had just left, in 1997, an era of reduction of government incentives, in the middle of the budget crisis. We had some recovering in 2002, but still timid. There was some excitement around the theme of innovation because the Innovation Law was being debated between 2001 and 2002 in the Congress. In 2004, it was considered vital. One way or another, there was an enormous amount of effort for using the legal framework to open new paths.

The instruments only improved with the Good Law (from 2005, with tax incentives to companies who invest in R,D&I). We know this law has a lot of flaws – it only benefits companies with real profits and excludes smaller ones, for example. But it still has a lot of impact, comparatively. It reaches the big companies, which produces an important effect on the productive chain.

It’s interesting to realize that this history represented an effort of institutional learning. The Innovation Law has also some difficulties and is more generous in its discourse than in practice, but it generated an attitude change that has lead to understanding of how collaboration benefits all sides.

Regarding the resources, ten years ago the budget fund was of R$300 million ($ 150 billion), expected to reach R$1 bi. Today, revenues reach about R$ 4 billion. Even if it didn’t work as a strategy – it envisaged alignment between public and private sector, the creation of a managing committee, etc. -, it indisputably worked as a source of funding.

Today, there’s a clear consensus – public and private – that innovation is a business agenda. We need an industrial and economic policy for innovation. Until now, we have been creating instruments to foment science, but what drives innovation forward are taxes, credit, market opening, international bargaining and commercial promotion. We need a deeper involvement from the Ministry of Development, the Ministry of Finances and a firmer treatment when it comes to venture capital. Innovation has to go beyond Finep and CNPq (government agencies for research and innovation) and penetrate at the core of economic policy. If we achieve that, the solution for the rest of the problems will come easy.

This cooperation has never been absolutely bad. In general, there’s a progressive tendency to collaboration. An university’s purpose, above all, is to educate people. If it were a company, their main product would be the student. Not even 15% of universities’ revenue comes from collaboration. For schools, the more people learn, the better. But for a competent and developed company, for whom technology has a decisive role, it’s the opposite: the less people have access to that knowledge, the better, because that’s what aggregates value. But, despite of that, cooperation between them has been proving positive to both. For the university, it brings new challenges, new problems and opportunities for the students. And the companies benefit from accessing a different and new kind of knowledge, vaster than what exists internally.

Recently announced Embrabii (Brazilian Enterprise for Research and Industrial Innovation) and Inova Empresa (government program for innovation in enterprises) bring some important news. It’s the structuring of a model that encourages many institutions to work together with financial sustainability.  Like what happened to the innovations agencies at universities and with the Innovation Law, we’re going through a learning phase, and that’s what will tell its impact and success.

It’s an important initiative, though a hard one. The scenario is different from Embrapa’s (Brazilian Company for Agriculture Research). Farmers don’t fully compete with each other – they have a very strong collaboration aspect, which makes it easier to spread some technologies among them. With the industrial sector is the other way around: people are not so eager to share information with their neighbor. It’s hard to work with them and come with global solutions – like what happens with soybean varieties, for example. 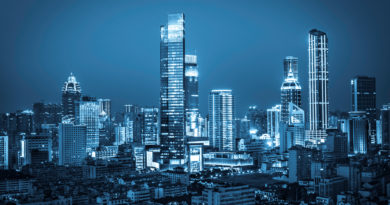