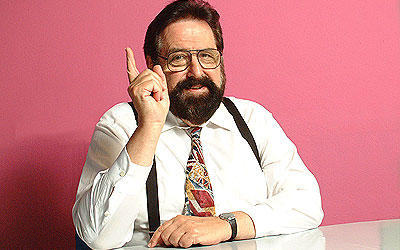 A quick Google search for the name of University of California at Berkeley resident researcher Jean Paul Jacob shows more than 500 thousand results. Most of them are features and interviews about his predictions for the future of technology. More than a good fortuneteller, Jacob is an attentive observer of changes. For the past decades, he has seen those transformations from a technology giant: IBM. We asked him a couple of predictions as well – this time, focused on innovation practices. For him, the whole debate about innovation comes from one single expression: service economy.

Open Innovation (O.I.): Which were the main changes related to innovation practices in the world that happened in the last ten years?

There was just one change: we’re increasingly becoming workers of a service economy in which the competitive key is innovation. Service is always a coproduction. Always. At the restaurant or the health clinic, the more you share information with the service provider, the better the results. Besides, it’s an intangible commodity, which means there’s no metric. How could you prove that you are a better journalist than others? By the number of words you write? That’s nonsense. The only way to stand out is to innovate.

O.I.: If we compare the innovation practices from ten years ago with what happens today, were there any significant changes?

The practice itself is very similar. The difference is that ten years ago people talked more about “pastel de queijo” than innovation. Innovation is a fashionable word right now, like cloud computing or big data.

O.I.: And what did open innovation bring?

Innovation has four fundamental pillars: it’s collaborative, multidisciplinary, open and global. Henry Chesbrough has concluded in his business that openness was the most important, and that’s why we came to this nomenclature, “open innovation”. But innovation always needs its four pillars.

O.I.: How did the introduction of open innovation have changed companies?

There was a change in the culture. Companies are beginning to understand that they don’t need to do and invent everything. The more they hear their clients, the better. When they receive the demands from clients and co-produce with them, they are naturally receiving the concept of innovation.

O.I.: Did this change produce any impact in big companies, like IBM?

Change is slower in big companies than in small ones, just as it’s easier to yaw a sailboat than a transatlantic. IBM has done that when it has ceased from being a company that produced computers to become a company of services. This redefinition has saved IBM. It happened in 1993 and it continues to happen now, including with the so-called open innovation.  IBM, that has always been proud of its patent portfolio, today buys companies and uses their technology and solutions in an unimaginable speed.

O.I.: Is this a model that will continue to be proved right for the years to come?

Yes. But the question is: in what speed? Companies that arrive first have greater chances of success, but innovation has its own timing. Sometimes, it happens too fast or in the wrong direction. The first smartphone, called Simon, was created by IBM [in 1992]. A notable achievement, but released way before its time. Nobody knew what that was, telephones were things that just dialed and rang. At this very moment, I’m evaluating ten innovations, some in the areas of medicine and health, for example, and trying to understand if they will be successful. It’s not enough to be brilliant.

O.I.: Could we expect some other important changes?

Innovation has always been a consequence from the passage of the industrial economy to a service economy. What awaits us now is a reversion/evolution from the service economy. Industrial economy is masses-driven, while the service economy brings personalization. We will have, in the next few years, massification with personalization.  For example, it will be possible to introduce 3D impressions in dentist clinics to hasten the production of prosthesis, but each of them will be made in an individualized way for each patient. In the same way, this could happen with the production of human organs for transplants.

When I speak about innovation in my lectures, I show that it’ll be moved by challenges in areas that we wouldn’t have thought before from the point of view of the technology. People are migrating from the countryside to the cities in the whole world. How will food be produced? And that’s not counting difficulties with transportation, epidemics, energy and many other social challenges that will guide innovation: health, transport, crime, potable water.