In the last edition of Open Innovation Seminar, in November 2012, ten open innovation arenas were held. Already recognized as an innovation model in other countries, they were the initial step to establish a new way of cooperation in Brazil. Some of them already showed some important developments.

With an ambitious proposal, the arena Science Without Borders aimed to find more effective models to involve the private initiative in the federal program. The Swedish-Brazilian Center of Innovation and Saab were the first partner organizations to create a collaborative platform between Brazilian and Swedish researchers to improve research projects submitted to the program selection. This year, Wenovate, together with CNPq, wants to expand this model in order to improve the reach of the scholarships.

“CNPq has enough resources to fund a sufficient number of scholarships, not counting the ones being offered by companies. Our challenge now is not to create more vacancies, but to fulfill the present ones”, says CNPq national actions coordinator Emerson Willer. According to him, the number of candidates that manage to access the graduate scholarships is very disappointing.

Wenovate’s support might render important for us to find the right professionals for those vacancies and to encourage companies to back the program – not financially, but with those collaborative platforms and with taking advantage of professionals after they come back from their time overseas”.

One of last year’s news was the holding of the first Academic Meeting for Open Innovation. Researchers of Brazilian and foreign universities met to present their lines of work and to build networks capable of generating future partnerships. One of them is starting to materialize: Capes (Brazillian education agency) just approved a scientific cooperation project, involving researchers from University of Sao Paulo and University of Lindkoping. The project still awaits approval of Swedish organization STINT, which is also involved in the partnership.

Another partnership under way is between Federal University of Itajuba and the University of Berkeley. Unifei approved, together with CNPq, a project to research and understand which model of open innovation practices is used by Brazillian companies. Lead by industrial engineering researcher Carlos Mello, the project includes the participation of PhD students that might carry out their researches through PhD sandwich programs. Professor Henry Chesbrough will orient one of them.

In the last OIS, one of the arenas was held by Natura, who used the environment of knowledge sharing and collaboration to promote a meeting with its partners’ networks and to announce the Natura Campus award – a program to encourage innovation through collaborative networks. In the last month, Natura has revealed the results of the program’s new edition. Seven open innovation projects were selected.

The contest was launched in 2012 through two public bids: the Amazon Bid, launched together with Natura Amazon Innovation Nucleus (the cosmetic company’s headquarters in Manaus), and the Science, Technology and Innovation Bid. An investment of about R$6 million (US$ 3 million) is planned for all bids.

Twenty-nine institutions were visited – including universities and hospitals – with more than a thousand participants. After being evaluated by Natura’s managers and innovation researchers, finalist proposals were selected for an immersion period in Natura, working directly with its professionals. The program received proposals from 94 organizations. From them, there were 24 finalists and 13 proposals were approved. 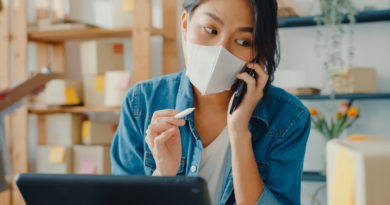 A década das startups e a open innovation no Brasil